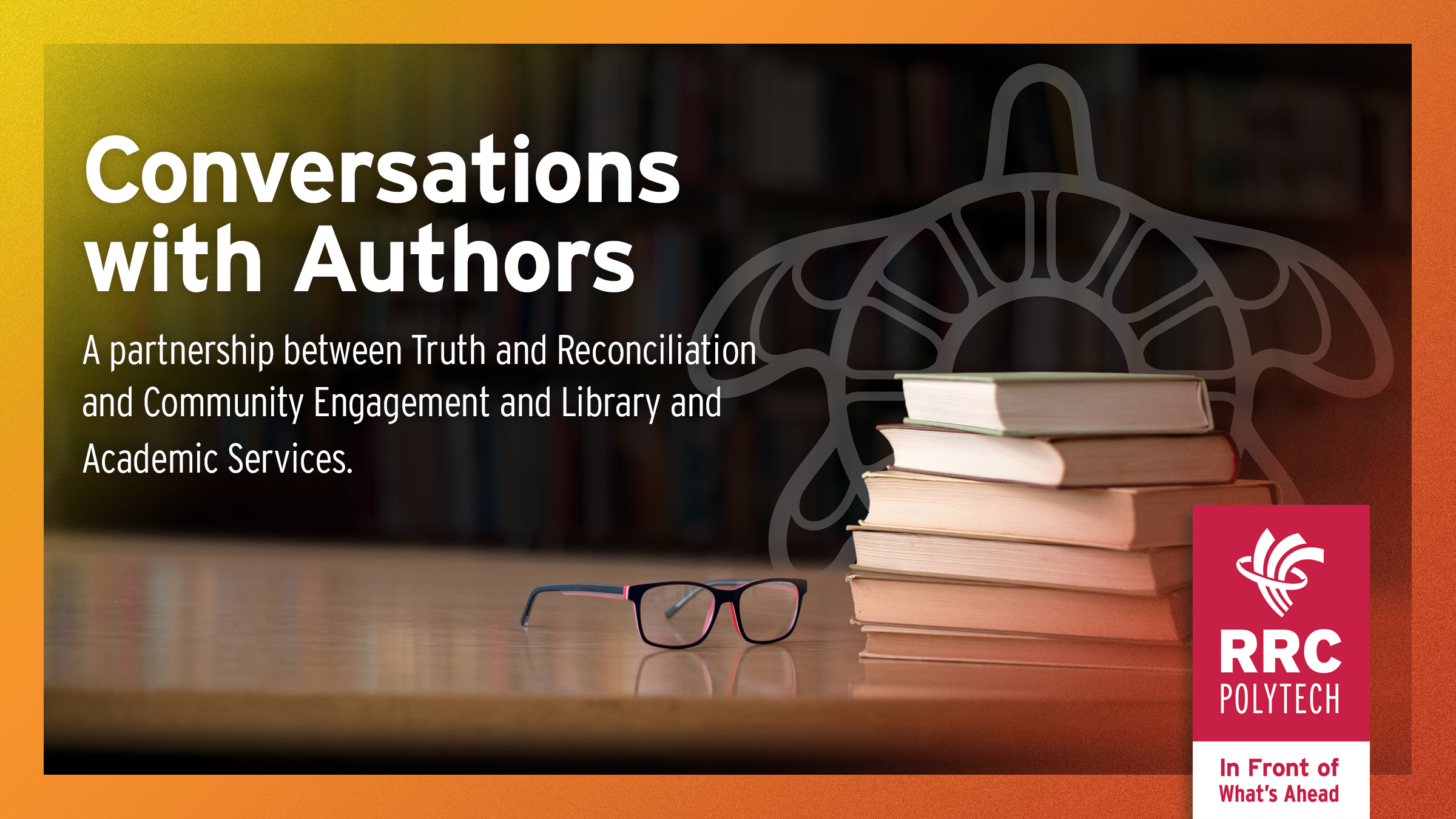 Conversations with Authors: A Truth and Reconciliation Series

Conversations with Authors is a new series hosted by Indigenous Education and Library and Academic Services to further the conversation and our understanding of truth and reconciliation. We have selected some of the best of Canadian Indigenous writing, and lined up live conversations with the authors of these books. Everyone is welcome to attend the live sessions, which will also be recorded and posted on this site at a later date. 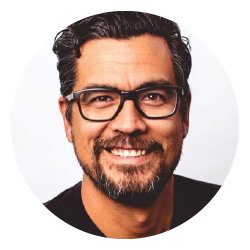 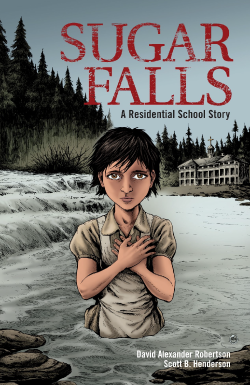 "Inspired by true events, this story of strength, family, and culture shares the awe-inspiring resilience of Elder Betty Ross.

Abandoned as a young child, Betsy is adopted into a loving family. A few short years later, at the age of 8, everything changes. Betsy is taken away to a residential school. There she is forced to endure abuse and indignity, but Betsy recalls the words her father spoke to her at Sugar Falls—words that give her the resilience, strength, and determination to survive.

Sugar Falls is based on the true story of Betty Ross, Elder from Cross Lake First Nation. We wish to acknowledge, with the utmost gratitude, Betty’s generosity in sharing her story. A portion of the proceeds from the sale of Sugar Falls goes to support the bursary program for The Helen Betty Osborne Memorial Foundation."

ABOUT THE AUTHOR
David A. Robertson

David A. Robertson (he, him, his) was the 2021 recipient of the Writers’ Union of Canada Freedom to Read Award. He is the author of numerous books for young readers including When We Were Alone, which won the 2017 Governor General's Literary Award and the McNally Robinson Best Book for Young People Award. The Barren Grounds, the first book in the middle-grade The Misewa Saga series, received a starred review from Kirkus, was a Kirkus and Quill & Quire best middle-grade book of 2020, was a USBBY and Texas Lone Star selection, was shortlisted for the Ontario Library Association’s Silver Birch Award, and was a finalist for the 2020 Governor General’s Literary Award. His memoir, Black Water: Family, Legacy, and Blood Memory, was a Globe and Mail and Quill & Quire book of the year in 2020, and won the Alexander Kennedy Isbister Award for Non-Fiction as well as the Carol Shields Winnipeg Book Award at the 2020 Manitoba Book Awards. On The Trapline, illustrated by Julie Flett, won David's second Governor General's Literary Award and was named one of the best picture books of 2021 by the CCBC, The Horn Book, New York Public Library, Quill & Quire, and American Indians in Children's Literature. Dave is the writer and host of the podcast Kíwew, winner of the 2021 RTDNA Prairie Region Award for Best Podcast. He is a member of Norway House Cree Nation and currently lives in Winnipeg. 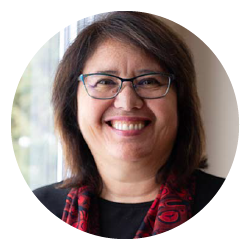 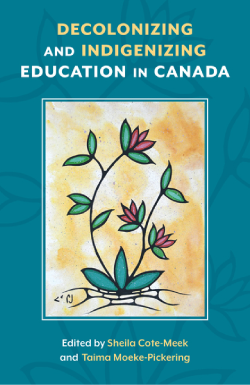 Decolonizing and Indigenizing Education in Canada

This expansive collection explores the complexities of decolonization and indigenization of post-secondary institutions. Seeking to advance critical scholarship on issues including the place of Indigenous epistemologies, knowledges, curriculum, and pedagogy, Decolonizing and Indigenizing Education in Canada aims to build space in the academy for Indigenous peoples and resistance and reconciliation. This 15-chapter collection is built around the two connecting themes of Indigenous epistemologies and decolonizing post-secondary institutions. Aiming to advance and transform the Canadian academy, the authors of this volume discuss strategies for shifting power dynamics and Eurocentric perspectives within higher education.

Written by academics from across Canada, the text reflects the critical importance of the discourse on truth and reconciliation in educational contexts and how these discourses are viewed in institutions across the country. This expansive resource is essential to students and scholars focusing on Indigenous knowledges, education and pedagogies, and curriculum studies. (Published by Canadian Scholars)

Dr. Sheila Cote-Meek is Anishinaabe from the Teme-Augama Anishnabai, and is the Vice-President, Equity, People and Culture at York University. She is the former Associate Vice-President, Academic and Indigenous Programs at Laurentian University. A leader in Indigenous education Dr. Cote-Meek has focused on bringing about systemic changes that attend to equity, diversity, and inclusion in post-secondary education.

A captivating conversation with Bomgiizhik (Isaac Murdoch), author of The Trail of Nenaboozhoo and Other Creation Stories 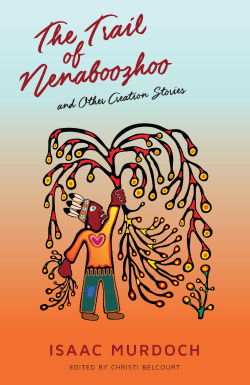 The Trail of Nenaboozhoo and Other Creation Stories

"Nanaboozhoo, the creator spirit-being of Ojibway legend, gave the people many gifts. This collection of oral stories presents legends of Nanaboozhoo along with other creation stories that tell of the adventures of numerous beloved animal spirits. The Trail of Nanaboozhoo is a book of art and storytelling that preserves the legends of the Anishinaabe people. Each story is accompanied by strikingly beautiful illustrations by revered Indigenous artists Isaac Murdoch and Christi Belcourt." (Published by Kegedonce Press, 2020)

Borrow this title from RRC Polytech Library >>
Trail of Nenaboozhoo

ABOUT THE AUTHOR
Bomgiizhik (Isaac Murdoch) 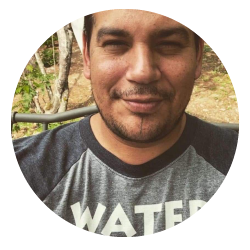 Bomgiizhik (Isaac Murdoch) is from Serpent River First Nation and is of the Fish Clan. He currently resides at Nimkii Aazhibikoong, an Ojibwe language and cultural community located in northern Ontario. He loves how the people are rekindling the old ways of his people. His children are Waabigwan, Elaine, Nanook, and Preston.

For additional resources and information, visit his website at IsaacMurdoch.com