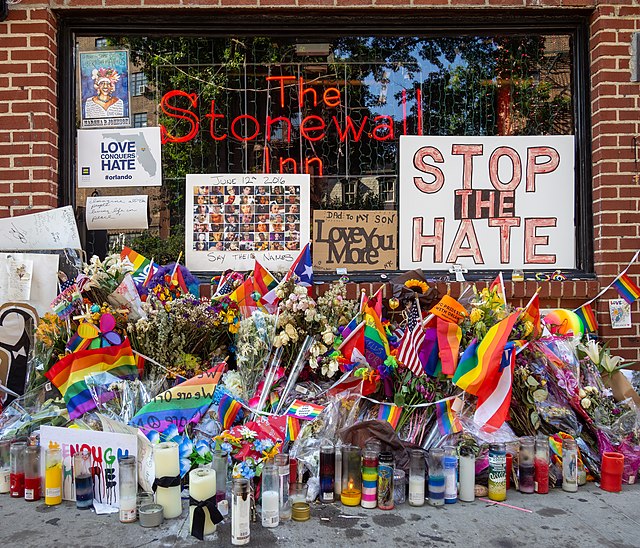 The Stonewall riots (also known as the Stonewall uprising, Stonewall rebellion, or simply Stonewall) were a series of spontaneous protests by members of the gay community in response to a police raid that began in the early morning hours of June 28, 1969, at the Stonewall Inn in the Greenwich Village neighbourhood of Lower Manhattan in New York City. Patrons of the Stonewall, other Village lesbian and gay bars, and neighbourhood street people fought back when the police became violent. The riots are widely considered the watershed event that transformed the gay liberation movement and the twentieth-century fight for LGBT rights in the United States.

A year after the uprising, to mark the anniversary on June 28, 1970, the first gay pride marches took place in Chicago, Los Angeles, New York, and San Francisco. Within a few years, gay rights organizations were founded across the US and the world. Today, LGBT Pride events are held annually in June in honour of the Stonewall riots.