What does Gay mean? 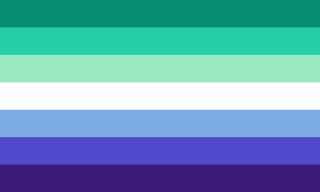 The G in 2SLGBTQIA+ stands for “gay.”

A man or men that are sexually or romantically attracted to their gender, or those that identify in some way toward the male end of the gender spectrum. Gay is also an umbrella term that primarily refers to people attracted to members of the same sex or the trait of being queer or homosexual.